On January 31, 2020, a private equity (PE) group acquired a carved-out business unit in the energy services industry and set goals of at least tripling the company’s size by year 5. The CEO, James Craig, faced an aggressive deadline to stand up the newly formed company, Industrial Specialty Services (ISS), from scratch while generating $40 million in annual revenue and supporting more than 200 employees. He needed to form his management team, hire personnel, and establish the entire back office while also setting up the network infrastructure. Craig brought on an adept team consisting of Acumatica Inc., BDO Digital, and NexTec Group, which deployed Acumatica ERP and set up mature internal systems all while working through the COVID-19 pandemic and Hurricane Hanna beating its deadline.

“The ease in which Acumatica works and how it looks and feels compared to Microsoft Dynamics, Sage, and Oracle NetSuite, there’s not a whole lot of comparison. Acumatica leads the pack.

Operating out of Deer Park, Texas, and now with six locations, ISS was created to provide technical maintenance and repair services and solutions to the refining, petrochemical, gas, power, pulp & paper, offshore and subsea markets throughout North America. The CEO, James Craig, needed to form his management team, hire personnel and establish new company departments for Operations, Sales, Marketing, HR, Engineering, Safety, Accounting and IT. Additionally, Craig needed to establish data and voice networks and related infrastructure and enterprise systems for office locations in the USA and Canada. Craig knew carving out an asset entangled with its parent company posed a different level of complexity than merely acquiring a company outright. (A carve-out is the divestiture of a business unit that the parent company sells, partially or wholly). As he moved through the due diligence process, he already had a team and technology platform in mind to help him with the process. Craig had previously worked with BDO Digital during an IT Due Diligence engagement conducted for the Equity Group’s purchase of ISS and he decided to ask BDO Digital for their recommendations for this transition.

Craig turned to Francisco Callegari, who had helped him set up similar infrastructure at Guardian SealTech, and who now headed IT managed services at BDO Digital. Having led ERP implementations at various companies over the years, the pair knew exactly which platform they wanted: Acumatica Cloud ERP. They also knew who to pull in to deploy Acumatica: NexTec Group, which had successfully implemented Acumatica at Guardian SealTech and many other companies. “The primary idea was to create a solution that was designed around the cloud,” Craig says. “It was a critical element because we wanted to get away from maintaining servers or being responsible for them. We wanted to limit as much network infrastructure as possible, so we can stay focused on what we do best, which is servicing businesses in their plants and not running an overdone IT show. We needed a solution we could trust, and that we knew would work with the services we provide,” he says.

The Solution? BDO plus Acumatica for Mid-Market Enterprises

A month before Craig carved out the business unit, BDO USA, one of the nation’s leading accounting and advisory firms, finalized a partnership with Acumatica, the world’s fastest-growing Cloud ERP company. The strategic partnership delivers best-in-class service to meet the needs of mid-size enterprises, those customers with complex needs, large national or international requirements, many of whom value independence in their ERP selection or implementation process. As an Acumatica service partner, BDO helps clients identify and evaluate the right business management solutions and provides end-to-end support for particularly complex or international implementations, including systems, processes and people integration. Start-ups or carve-out companies usually do not have the negotiating power, knowledge, or even credit standing to negotiate favourable terms with vendors, and they frequently miss strategic opportunities to optimize contracts and pricing. BDO Digital was able to help solve this problem. BDO Digital architected and implemented ISS’ IT network infrastructure and IT department support services by securing Microsoft licenses, brokering deals with IT vendors, and negotiating to optimize costs while ensuring continuity of services. BDO also leveraged its enterprise-level relationships and procured all necessary office and employee hardware, such as laptops, cell phones, copiers, scanners and other office equipment for all ISS locations and employees. “Next, we had to put an ERP platform in place,” Callegari says.

Acumatica: Easy Selection and No Comparison

The ISS, BDO, and the NexTec team did not evaluate ERP systems. “We did a full-blown evaluation at Guardian SealTech and rated each ERP with a large panel where Acumatica was selected,” Craig says. “Since ISS was a complete stand up, we didn’t see the need to go and do that research again.” Craig has experience with at least seven ERP implementations throughout his career, including those of Microsoft Dynamics, Sage, and Oracle NetSuite, as well as homegrown systems. This was his second Acumatica deployment. “The ease in which Acumatica works and how it looks and feels compared to Microsoft Dynamics, Sage, and Oracle NetSuite, there’s not a whole lot of comparison. Acumatica leads the pack,” Craig says. He liked Acumatica’s ease of use, unique pricing model, scalability, open API, and ability to easily connect to third-party applications. “It’s a fully integrated package that doesn’t need a lot of customization.”

• Minimized IT infrastructure investments by leveraging the cloud for voice, data, and business application services

• Reduced the total cost of ownership while achieving high ROI

IT Industry benchmark studies show that well-run, mature enterprises have IT departments that cost 1 to 3 percent of revenue. ISS is in year one and is already projecting to be at less than 1 percent of TOC for IT. This achievement typically takes much longer to get to that number, and this is a huge win for ISS. Going forward, ISS and its investors have an aggressive strategy to triple in five years or less. The plan includes acquisitions and organic growth, and the ability to scale using Acumatica’s unique licensing model and its flexible platform. “We won’t need much more (infrastructure) to add a similar-sized company,” Craig says. “As far as the back office goes, we can absorb a majority of employees, and only need maybe two people in admin roles to handle safety requirements.” Acumatica’s unique licensing model based upon consumption means Craig does not have to worry about huge increases in per-user seat licensing costs as the company acquires others and grows. “If I add 230 employees, I want to get off their systems and have one combined business solution as quick as possible. Having that flexibility is critical,” he says. “BDO Digital, together with Acumatica are a huge part of the strategy we’ve set for the business.”

Reach out to us to find out more! 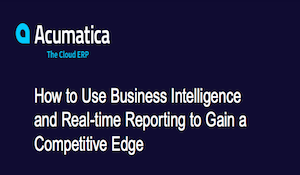 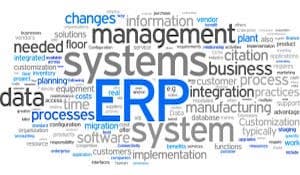 The Total Economic Impact™ Of Acumatica

Calculate Your ROI
Get the most out of your ERP investment

Subscribe to our newsletter to keep up-to-date on the latest Acumatica ERP news, trends, tips and tricks to optimize your business management.

see all topics
Acumatica Products
Have any questions about implementation?
Contact the Aqurus Team